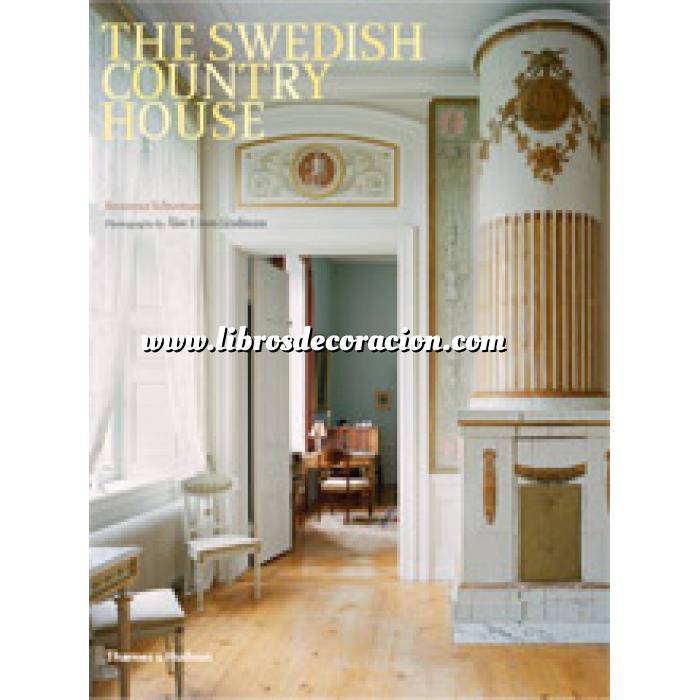 Swedish country houses are among Europeâs best-kept secrets. Little known to the outside world and rarely illustrated, they survive in surprisingly large numbers, often with their original furniture and decoration.

Swedish country houses are among Europe’s best-kept secrets. Little known to the outside world and rarely illustrated, they survive in surprisingly large numbers, often with their original furniture and decoration.
This book,by a leading Swedish specialist in interiors illustrated with images specially taken by a leading Swedish photographer,tell their story. The twenty examples examided in detail range in type from royal palaces to farmhouses,and in date from the 15th century to the end of the 19th century
In spite of their being far from the centres of power and artistic influence,these house reflect the talents of many important archite cts and designers who together forged a distinctive national style. Sweden has been fortunate in its history. While the Hundred
Years War reduced much of Europe to ruins,Sweden grew rich,and during the subsequent centuries has enjoyed almost
continuous peace.
The story of Swedish country house is thus a mirror of Swedish social history,its hierarchy of classes its absorption of
European styles and movements,and adove all the enduring character of its own culture Susanna Scherman has included examples from every level,drawing special attention to the qualities that make them unique:she is the acknowledged expert on
that vital and most picturesque element of the Swedish interior,the tiled stove.She and Ake E:son Lindman explored the houses
together,and together they brng them to life for the reader
The Swedish Country House is both an important contribution to knowledge and a highly seductive glimpse into a workd from
which Sweden´s art-loving neigbours have for too long been exluded